Join my newsletter list to be the first to hear our latest news! Learn More
0shares

SNOO alternatives: have you heard about the SNOO, it is known as “parents’ favorite” and “miracle worker” for good reason. This bassinet is loaded with cool features including an added 1-2 hours of sleep per night thanks to constant calming womb rhythms, secure swaddling, and it is responsive to your baby when it is fussy and is able to help calm him or her down. Additionally, this bassinet claims to naturally sleep train your baby by teaching them how to soothe themselves and sends a sleep report to the app on your phone. This all sounds great, but these features come with a hefty price tag of almost $1,400.

Since this isn’t in most people’s budgets–I’ve found multiple options at different cheaper price points. Not to spoil anything, but the best alternative just might be the least inexpensive option on the list. Keep reading to find out! 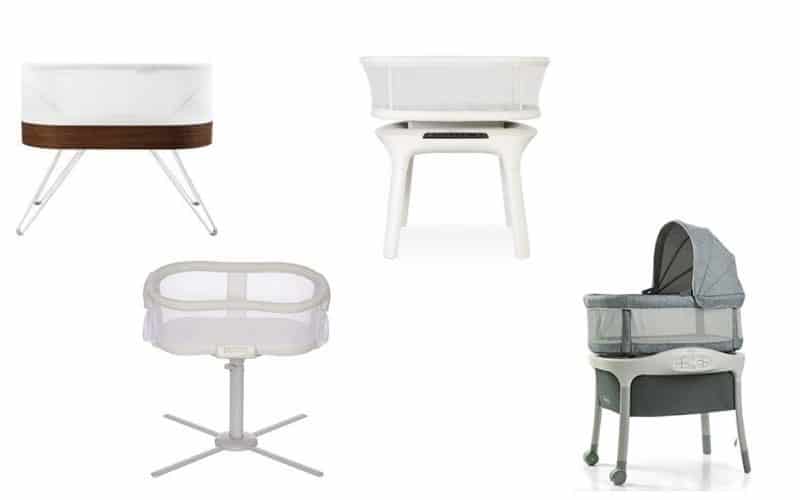 The 4moms sleep bassinet is a smart bassinet that comes in at a much lower price than the SNOO bassinet. This bassinet has five unique motions, including one that simulates a car ride. This feature would’ve been great for me when the only thing in the world that would get my baby to sleep was a couple of laps around the block in the car! The 4moms bassinet features a firm and flat sleep surface with mesh sides that are designed for visibility and airflow. 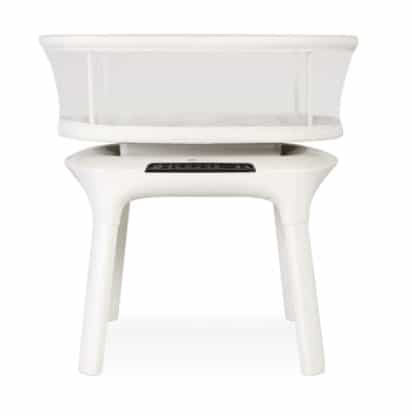 This SNOO alternative also features an app that lets you control all of the features of the bassinet from your phone! You’ll have control over the motions of the bassinet, white noise, speeds, vibration, and a timer for all of the see features, all from the palm of your hand. The bassinet comes with a sheet and you can purchase additional sheets online.

This bassinet has helped many moms whose babies refuse to sleep otherwise. The bassinet does have an auto-shutoff feature that will turn it off after four hours have passed. The automatic -shutoff feature should not be enough to wake your baby. It may actually help them with weaning off of the bassinet as they grow.

Speaking of the future, your baby can stay in this bassinet until they’re twenty-five pounds. As with any bassinet, when your baby starts showing signs of pulling themselves up, you’ll want to move them out of the bassinet for their own safety.

The 4moms bassinet has a similar appearance to the SNOO as they both have a modern white design and have mesh edges around the bed itself that allow airflow to reach your baby while they sleep. The 4moms bassinet also has a convenient shelf underneath for storing any excess baby items for bedtime.

4moms Bassinet at a glance

The standout feature of the Sense2Snooze bassinet by Graco is the cry detection technology that automatically senses their discomfort and responds to help soothe them back to sleep–very similar to the Happiest Baby SNOO’s cry detection software.

Graco’s Cry Detection Technology works by sensing the babies crying with a microphone and reacting with an automatic response that adjusts the bassinet’s settings to help get your baby right back to sleep. This is the same feature that the SNOO has at a fraction of the price, making this a great SNOO alternative. This is perfect for the mom who makes multiple trips to her child’s room at night to rock them back to sleep. It takes some of the hard work out for you and promotes your baby independently sleeping.

This bassinet features a head-to-toe soothing motion that has a gradual onset and is available at varying speeds to help your baby get back to sleep. In addition to three different speeds of movement, this bassinet also has two-speed vibration to further soothe your baby. Additionally, it comes equipped with white noise, music, and other nature sounds to help calm your baby at night.

The parent controls are located on the bassinet itself as opposed to an app on your phone. The controls are dimmable so you don’t have to worry about them waking your baby up during the night. You’ll have to use a quiet touch when using the controls since they are buttons that are very close to your sleeping baby.

The Graco bassinet is available in three neutral colors and has mesh sides like the SNOO bassinet. It has a large storage pouch directly underneath the bassinet and a half canopy overtop the bassinet to keep early morning light at bay.

The added canopy is a bonus that comes with the GRACO and not the SNOO. This bassinet also has wheels on the front legs which is great if you like to keep your baby right beside your bed but then want to move the bassinet into their own room later down the road. Or if you don’t plan on moving your baby to another room, it is still nice to have the wheels to bring the bassinet closer to your bed if you need to.

Graco’s customer service for this product is unmatched by other brands! If there is something wrong with the bassinet they are always available and willing to help you resolve the issue so you and your baby can have a good night’s sleep.

Graco Sense2Snooze at a glance

Fisher-Price Soothing Motions works magic by offering a bassinet that is comparable to the SNOO at just a little over $150! This affordable SNOO bassinet has a calming sway motion that is generated when your baby moves in the bassinet or you give it a gentle touch. It also has a lock feature for when you do not want it to move on its own.

Even though this is the cheapest option on the list, it still comes with an app so you can control the soothing features of the bassinet from your phone. You’ll have the ability to control thirty minutes of music and nature sounds, soft lights, and vibrations all from your phone. The app also has additional vibration settings that aren’t accessible from the main control panel on the bassinet.

The bassinet has dual lighting mode so you can choose from soothing projection and a night light to help your baby sleep. The manually controlled unit on the bassinet also projects stars onto the ceiling as an added feature. The light projection unit is removable and can be used as a tabletop soother too. The bassinet also comes with a cute mobile that can easily be moved out of the way when putting your baby in or taking them out of the bassinet. The bassinet is all white just like the SNOO and has mesh sides so your baby can breathe and you can see them while they are peacefully sleeping.

You’re probably wondering how difficult it is to put this bassinet together considering all of the added features. The truth is, the bassinet is actually an easy setup and comes with simple directions! Once assembled, it is a sturdy design so you’ll have peace of mind knowing that your baby is safe and secure while they’re sleeping. It is battery powered instead of a plug, so you can place it anywhere in the room without worrying about being close to an outlet.

This is an affordable SNOO that will keep your baby and your wallet happy!

Soothing Motions at a glance

The HALO bassinet is perfect for the mom who wants a simple yet modern design that will allow her baby to be close to her at all times. This bassinet rotates and swivels three-hundred and sixty degrees so your baby can be right beside your bed. The sidewall actually lowers so you can easily and comfortably reach your baby to check on them or to feed them. This is perfect for the mom who is recovering from a c-section and doesn’t want to get out of bed multiple times a night to feed their baby. With the lowering wall, you can easily reach over and scoop up your baby, all while sitting in your bed.

The bassinet has two levels of vibrations, three soothing sounds, and three lullabies with volume control. This is a great feature because some bassinets have one volume level that is too loud for light sleepers. The lullaby feature is also unique to this bassinet as some just feature white noise or nature sounds. If your baby hasn’t tried sleeping with sounds, a lullaby may be a great place to start! All of the features on the bassinet have a thirty-minute auto shut- off so you won’t have to worry about them running all night.

The bassinet is thoughtfully designed with polyester so it can easily be cleaned in the event of any messes. The included sheet is washable and the bassinet itself has two storage pockets to keep any essentials that you need for your baby. This bassinet is recommended for babies up to five months of age and you should stop using it when the infant is showing signs of pulling up or rolling over.

It has a breathable mesh making it a great alternative to the SNOO bassinet. The bassinet is powered by batteries so you won’t have to worry about having an outlet close to your bed. The stand can be raised and lowered depending on the height of your bed so you can have your baby as close to you as possible while still giving them their own space.

HALO Bassinet at a glance

The clear winner of the lineup is the budget option: the Graco Sense2Snooze Bassinet with Cry Detection Technology.

Even though this bassinet does not come with an app, it does have Cry Detection Technology which is similar to the responsiveness of the SNOO bassinet. This is perfect for moms who are up multiple times a night trying to soothe their baby because the bassinet will do some of this work for you. 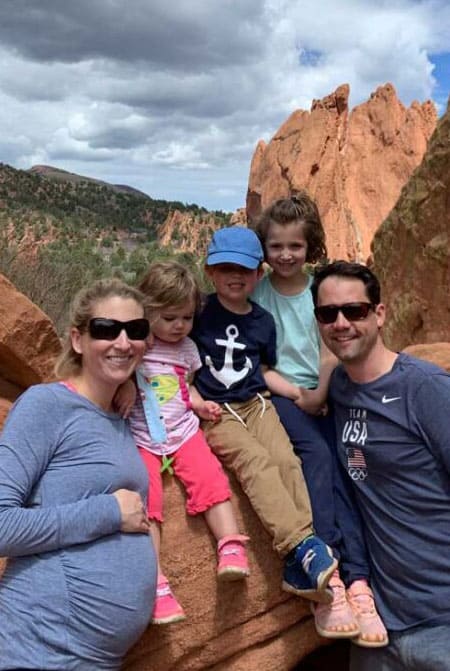 Hi, I’m Annie! I am a mom of four little bunnies 🙂 In between running our family and raising these four wonderful kids, I help new moms have their best pregnancy, plan births, learn how to breastfeed, and learn mothering hacks! Mothering is hard…let me make it easier for you! 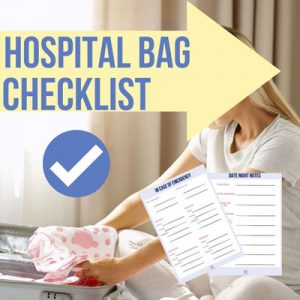 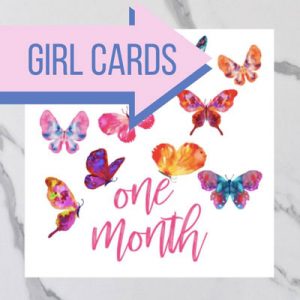 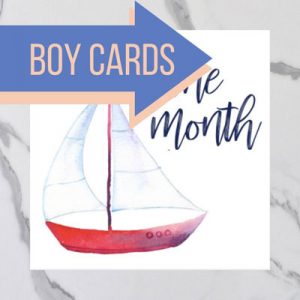 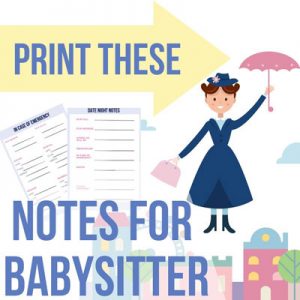 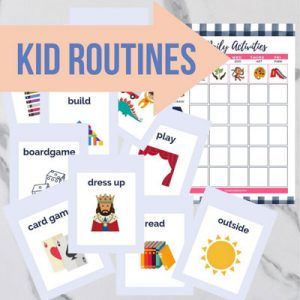 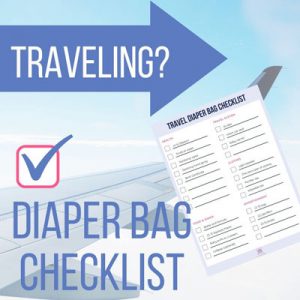 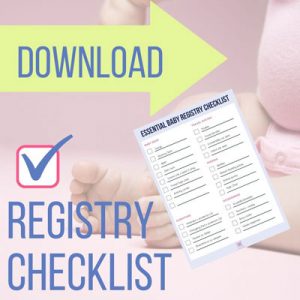